The 2017 Howell – UCSD scholars will be researching topics that range from Autism to HIV care for women. A brief description of their studies showcases their incredible enthusiasm in following a career in women’s health.

The selection process followed by the Howell Foundation provides insight on the steps that these young scientists will need to follow throughout their career. Importantly, it provides a glimpse of their thoughts on the state of women’s health research in today’s world. One thing is for sure: placing the need for women’s health research at the forefront of the scientific community is the cornerstone of our work to ensure we continue to “keep the women we love healthy!”

We invited our 2017 Howell-UCSD Scholars to talk to the audience about their passion. Meet the students and their fields of study below. As always, thank you for your passion in women’s health research!

Susan La:
In the project “EmPower Women: An Intervention Utilizing Peer Navigation to Enhance and Sustain HIV Care for Women Living with HIV/AIDS (WLHA)”, Susan La will be working with Christie’s Place, a non-profit organization that provides comprehensive care and access for women and family members affected by HIV/AIDS, to determine the factors associated with women living with HIV/AIDS; including the stigma of their person and the disease, discrimination, medical mistrust, self­-esteem, depression, post­traumatic stress disorder, intimate partner violence, and alcohol use. It is her intention provide resources that can help women navigate the different crisis inherent to the disease.

“At the end of 2014, there were 1,332 reported women living with HIV/AIDS in the San Diego County. It was also found that the rate of women living with AIDS in San Diego was about 8 times and 2 times higher for African American and Latina women respectively compared to White women respectively. In this project, we will be collaborating with Christie’s Place to develop and test the EmPower Women interventions with 100 “out­-of­-care”, newly diagnosed, never in care, or women who were once linked but have fallen out of care for one reason or another, women living with HIV/AIDs (WLHA) in the San Diego County.” In commenting about her research project, La states: “The proposed project will allow me to be apart of public health research that will create an intervention to help women living with HIV/AIDS empower themselves, overcome barriers to HIV care, build foundations of social support, and access much needed resources that in the long­run will help them to stay engaged in their HIV care.”

“Autism Spectrum Disorder is a growing concern, and early detection of ASD is imperative for countering the severity of symptoms as an infant grows into adulthood. Though many discoveries have been made about different ways to recognize and test for early signs of ASD in infants, much of the data collected corresponds to male infants only. In order to work towards establishing certain early signs of ASD in females, we have proposed the question: How do the clinical characteristics of females with autism differ from those of males with autism during the critical first years of life?

Early detection and diagnosis of autism is extremely important in aiding the social and emotional development of an ASD (Autistic Syndrome Disorder) child. Four out of 1000 females have ASD, which means over a million females in the US alone are diagnosed with autism. Through analyzing data on ASD females, a better characterization of ASD in females can be created, which has the potential to greatly impact an important area of women’s health. If a difference is established between male and female ASD infants, it would be beneficial to implement specific screenings for each gender to accurately detect early signs of autism.”

Though she couldn’t make it to the latest Howell Lecture Series, we at the Foundation are nonetheless proud of the hard work and enthusiasm she dedicates to promoting woman’s health.

Farhan Hussein
Farhan Hussein is a 3rd year UCSD student pursuing a career in physiology and neuroscience. He will be conducting research on Rhett Syndrome (RTT); a neurodegenerative disorder responsible for progressive nerve degeneration, motor-regression and autism-like behavior.

“One in 10,000 girls have RTT, as most males typically die around birth. RTT is characterized by loss of motor function, cognition and language skills. RTT is also classified as a syndromic form of autism, as autistic-like behaviors coincide with the motor regression phase of the disorder. 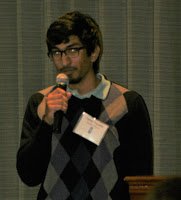 I wanted to work as a member the Esko Lab because I would be studying neurodevelopmental disorder and glycobiology, combining these two fields to potentially identify new ways to treat disease. I want to become a neurosurgeon, and being in this lab has helped me to understand more about the brain/ nervous system and the work that goes into developing therapies to help people. This scholarship would allow me to place my full focus on research because I would not have to find another source of income. As a result, I would be able to play a more independent role in the lab, which will allow me to gain a better understanding of how to tackle neurological disorders as a medical student and as a doctor. Having my own project will teach me to take the optimal steps to ensure the success of my project and to see the connection between medical research and clinical therapies.”

Lilian Sau:
Lillian Sau will focus on determining whether the gut microbiome has an influence on polycystic ovary syndrome (PCOS).

“PCOS is the most common reproductive disorder in reproductive-aged women with an incidence of 6-15 percent, and can lead to hormonal imbalances, infertility, miscarriage, and pregnancy complications. Moreover, the metabolic phenotype (products of interactions among a variety of factors-dietary, other lifestyle/environmental, gut microbial and genetic) frequently found in women with PCOS substantially increases their risk for developing type 2 diabetes, gestational diabetes and cardiovascular disease. 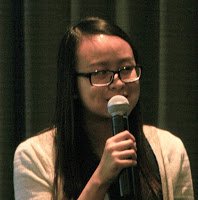 About the Doris A. Howell Foundation:

The Doris A. Howell Foundation for Women’s Health Research is committed to keeping the women we love healthy, advancing women’s health through research and educating women to be catalysts for improving family health in the community.

The organization does so by funding scholarships to students researching issues affecting women’s health; providing a forum for medical experts, scientists, doctors, and researchers to convey timely information on topics relevant to women’s health and the health of their families through its Lecture and Evening Series, and by funding research initiatives that improve the health of under-served women and increase awareness and advocacy in the community.