This Giving Tuesday, Our voice has an influence.  Let’s use it!

The success of  the campaign stems from the fact that in just 3 short years, it has become part of the end-of-year ritual:  Black Friday, Cyber Monday, Giving Tuesday.  It somewhat let’s us know that the Holiday Season is here!  So no matter what our cause is, all of us have a philanthropic side. Motivate those around to donate and make the world a better place!

The  Story Behind Giving Tuesday

#GivingTuesday was founded in 2012 by New York’s 92nd Street Y in partnership with the United Nations Foundation. Together, with a team of influencers and founding partners, they launched a global digital movement that has engaged over 30,000 organizations worldwide.

The Facts and the Stats

For those of you relatively new to the concept of Giving Tuesday, here are some facts about how big the phenomenon has gotten:

Although the statistics are very encouraging, surprisingly –and with the immediacy of social media– not everyone knows about it.  From Greater Giving, this image is quite impressing: 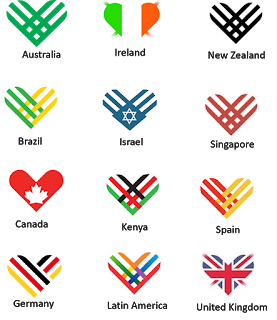 Since it’s inception, the #Giving Tuesday campaign has had double-digit growth, generating over 21 million dollars in donations so far!

As of today, the #Giving Tuesday campaign has been adopted worldwide, with the US leading the way in philanthropic efforts. 1/3 of contributions generated by the efforts of individuals, corporations, non-profits and government across the nation lead the campaign internationally.

At the end of 2014, the conversation about #Giving Tuesday was led by women:  63% were engaging with the campaign!

The #Giving Tuesday campaign is more than all the non-profits fighting for your dollars.  It’s about  creating an impact worldwide that generates sustent for the organizations that truly make a difference and tip the balance towards the human — vs. the consumer– side of the holidays!

Save the date, write it in your calendar, don’t forget… MAKE THE WORLD A BETTER PLACE!

###
About the Doris A. Howell Foundation:
The Doris A. Howell Foundation for Women’s Health Research is committed to keeping the women we love healthy, advancing women’s health through research and educating women to be catalysts for improving family health in the community.
The organization does so by funding scholarships to scientists researching issues affecting women’s health; providing a forum for medical experts, scientists, doctors, researchers, and authors to convey the timely information on topics relevant to women’s health and the health. of their families through its Lecture and Evening Series, and by funding research initiatives that will create women’s health awareness and advocacy in the community.
###