Even though Alzheimer’s Disease is the most common form of dementia, it is also a complication of Parkinson’s disease, Huntington’s disease and a further cause of Lewy Body dementia.  Consider this:

As much as dementia and Alzheimer’s disease research results sound promising, we are cautiously optimistic about the findings that currently dictate the way it is diagnosed and treated.  To date, we have research results that are encouraging:

By addressing every conceivable cause of dementia and Alzheimer’s through interdisciplinary research efforts, scientists are closer to finding a cure.  So, what’s next in the crusade to finally find a cure? How does dementia impact us socially and economically?

The Howell Foundation hosted two renowned researchers in the field:  Dr. Amy Borenstein, Professor of Epidemiology, Department of Family Medicine and Public Health, University of California, San Diego; and Dr. Pamela Maher, Senior Staff Scientist at The Salk Institute in La Jolla, CA.  “Dementia: Perspectives, Progress and Promise” focused on the current status of dementia research as it relates to Alzheimer’s Disease and other cognitive treatments. 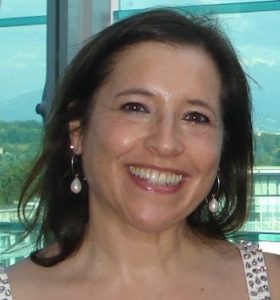 Author of “Alzheimer’s Disease: Life Course Perspectives on Risk Reduction”, Dr. Borenstein  addressed how dementia is impacting the economic and social fabric of an increasing number of countries as the world population ages. She gave a clinical overview of the major subtypes of dementia and the important risk factors for Alzheimer’s Disease and other dementias. She also discussed promising ongoing trials of antibodies against the Alzheimer protein beta-amyloid. Most importantly, Dr. Borenstein outlined lifestyle changes that may delay the onset of Alzheimer’s and other dementias. 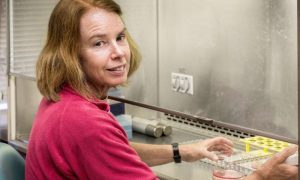 Dr. Pamela Maher has studied the nervous system throughout her career and has identified several natural products that mimic the effects of protein growth factors in the nervous system. Her recent work has focused on identifying other natural products that are effective against brain diseases, improving the natural products already identified using medicinal chemistry, modifying the products to allow penetration of the blood/brain barrier and characterizing their molecular targets so as to provide additional approaches to the treatment of brain diseases.

Dr. Maher discussed the rationale behind her approach to the development of novel therapeutics for the treatment of Alzheimer’s Disease and other dementias.  She then provided some examples of the use of this approach including her recent studies of a plant product, and summarized what she hopes to accomplish in the future.

The most important service the Howell Foundation can provide is education through the presentation of vital health information.  We are moving closer to a cure. Until that day, we must focus on prevention when discussing Alzheimer’s and dementia.