“We are excited to welcome Susan, Jane, Stanely, Diana and Bill as new directors to the Howell Board, and especially value their experience in the scientific, non-profit and community outreach fields,” comments Carol Tuggy, Chairperson of the Board. “They join the Howell Foundation at an exciting time as we solidify our strategic partnerships with the major academic institutions in our community, and value their in-depth perspective on advancing women’s health. We are appreciative they accepted to serve at our Board.

As part on the Foundation’s strategic plan, the Board of Directors frequently evaluates its composition to ensure it delivers its mission of becoming the premier organization advancing women’s health. The addition of these directors complements the Board’s skills and experiences, and we are confident they will provide valuable perspectives as we continue to enhance our organization’s programs. We are appreciative that they accepted our invitation to serve on our Board.”

“The Doris A. Howell Foundation for Women’s health was one of the first nonprofits nationwide that supported undergraduate researchers. We’ve been very grateful for our partnership. Together, the Howell Foundation and CSUPERB have given $855,000 in awards to 200 students since 2001; the great majority, 87% of them, graduate and go on to apply successfully for medical school, graduate school or work in the bio medical field.”

Susan M. Baxter served as Executive Director of the California State University Program for Education and Research in Biotechnology (CSUPERB) from 2007 to 2020. She managed CSU I-Corps, a National Science Foundation-supported entrepreneurship program for nascent academic entrepreneurs. For 20 years, she administered and managed the grants and awards programs, organized workshops and the annual CSU biotechnology symposium, developed new program opportunities, and acted as a liaison for the CSU with industry, government, philanthropic and educational partners, among then, the Doris A. Howell Foundation for Women’s Health Research.

She has over twenty years research and management experience in business, nonprofit and academic settings. She serves on the boards of at BIOCOM Institute, the nonprofit arm of the biotechnology industry association in southern California, BayBio Institute, and Histogen, a private regenerative medicine company.

“The Hahn School of Nursing and Health Science at USD has had a long-term relationship with the Howell Foundation in providing support for our developing nurse scientists who focus on women’s health needs. The Howell Foundation is the premier organization advancing women’s health research in San Diego, and I am delighted to be able to serve on the Board. Nursing science is in a key position to advance women’s health in so many ways, and it’s a privilege to participate in continuing the work of Dr. Doris Howell who contributed so much to the health of women in our community.”

Dean Georges was an NIH pre-doctoral fellow at the Women’s Health Center at the University of Washington. Following her PhD, she was an NIH post-doctoral fellow in psychophysiological nursing research. She has an accomplished record of research and publication in the areas of palliative and end of life care. She has authored numerous refereed journal articles and book chapters with a specific focus on suffering and compassion. Her philosophical work in these areas is recognized internationally and utilized as a model in doctoral programs in nursing globally.

“Soroptimist International of La Jolla and the Doris Howell Foundation for Women’s Health research have one very strong philosophy in common: ensuring women are empowered to succeed. I’m honored to have been offered this opportunity to work with such an esteemed panel of dedicated scientists and physicians. I look forward to making a major contribution to furthering the Foundation’s mission.”

Diana Hill is Past President of Soroptimist International of La Jolla, part of a global volunteer network of 72,000 women in 120 countries and territories. As a community-based organization, Soroptimist International of La Jolla (SILJ) supports the mission now shared by 5,900 clubs worldwide. Focused on empowering women and girls worldwide, Diana has overseen programs leading to the advancement of women in our community, chief among them, the organization’s fundraising efforts. Her background in the sciences and technology field, and her perspective on the health needs of women and girls in the community are pivotal for the Howell Foundation.

Diana has a Bachelors in Biology and a Masters in Hospital Administration – both from Stony Brook University. She built her career in business management in a variety of settings: hospitals, computer manufacturing, professional organizing, and public service. She brings to the Howell Foundation a fresh perspective based on her comprehensive background in medical systems, marketing, and experience with medical diagnostic technology with HP. Diana continues to play a leadership role at Soroptimist International of La Jolla, spearheading the organization’s essential function of community awareness and fundraising efforts. 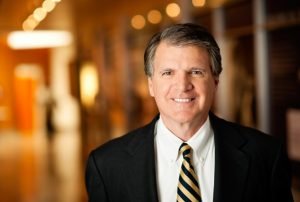 Bill Littlejohn is one of the nation’s leading health care philanthropy professionals. With more than three decades of experience, Littlejohn has led and directed philanthropic programs that have generated nearly a billion dollars. Littlejohn joined Sharp HealthCare in 2002 as senior vice president and chief executive officer of Sharp HealthCare Foundation. He oversees the entire philanthropic program for Sharp.
Bill has consulted with and facilitated board retreats, conferences, site visits and presentations for hundreds of hospitals and health systems across the U.S., Canada, France and Germany. During 10 years of providing fundraising counsel, Littlejohn directed more than 40 projects, including capital campaigns, planning and feasibility studies, development audits and major gift programs. 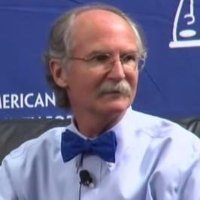 Research in Stanley’s lab focuses on the evolution of new infectious diseases, and the development of new vaccines and antimicrobials. He is the author of over 100 scientific publications and 10 books. He has organized numerous international courses and conferences in the US, Europe, Asia, and Latin America. He has received several teaching awards, Honorary Professorships, an Honorary PhD, and is an elected Fellow of the American Academy for Microbiology.

Stanley has served as President of the American Society for Microbiology (ASM), one of the largest international scientific societies. He has served on numerous editorial boards. He has been a grant reviewer for U.S. and international funding agencies, and a member of federal advisory groups on biosafety and biodefense, research, health policy, and reforming graduate education. He has testified before the United States House Appropriations Committee about federal funding for scientific research.