Let’s face it: how many times, at the beginning of the year, we promise ourselves to clean out the clutter in our closet/garage/storage room/office?  One’s new year resolutions might be a bigger problem than we think…  There are a lot of hidden reasons why we clutter, and justify it. Understanding our behavior is only a part of the strategy to tackle the task of decluttering head on.  But at what point does an individual go from clutter to hoarding? How does it affect the life of those around a hoarder? And most importantly, how does the health of a person who is hoarding? 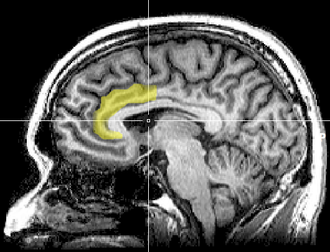 There should’t be a way to sugar-coat hoarding. It is as valid a disease as OCD and other anxiety and psychological disorders.  Dr. Sanjaya Saxena, speaker at the Howell Health and Happiness Symposium on January 21st, sheds light on the compulsive behavior called hoarding.  According to Dr. Sanjaya Saxena, (quoted in this article from the Washington Post last year), “Hoarding is ‘underdiagnosed and undertreated’.  Though people realize it’s a problem, they never conceive of it as a medical disorder rooted in brain abnormalities.”

His clinical focus is on assessing and treating patients with OCD and obsessive-compulsive spectrum disorders with medication and/or cognitive-behavioral therapy. His research examines the fundamental neurobiology and treatment of OCD, and related disorders, using functional and structural brain imaging technologies to understand how brain circuits mediate their symptoms. The goal is to learn why some treatments are effective and how to predict patients’ responses to different treatment options. Some of his recent research explores ways to more effectively treat hoarding disorder and develop novel treatments for this condition.

According to the article written by Sara Solovich, experts agree that a “hoarding disorder is present when the behavior causes distress to the individual or interferes with emotional, physical, social, financial or legal well-being”.

The first step in addressing hoarding is by working towards eliminating the stigma that accompanies it.  No, hoarders are not lazy, or losers for that matter. Here is what is known so far:

Why should hoarding concern us? Going beyond the inability to care for oneself due to the exacerbated disorganization that keeps anyone from carrying on with the basic, expected activities and behaviors, it represents a serious health hazard; not only because of the disorder itself, but because of the related risks accompanying it.  Examples include having a fire and not being able to escape it, or not being to move in case of an emergency. But the most devastating part of the disorder is additionally having to deal with social and emotional connections with family and friends.

For those with a family member or friend that shows a hoarding pattern, it is important to realize that unless there is a will to change the behavior, the likelyhood of succeding is, well, not there.  Interventionalist teams that address hoarding typically recommend an approach based on trust and respect.  It is important to ask before getting rid of an item, as ridiculous as the item might be.  Intervention teams that address hoarding typically involve the development of strategies that seek behavioral changes:

Depending on whether there is an underlying disorder such as depression and axiety, medication might work.

Learn more at the Howell Foundation’s Health and Happiness Syposium on January 21st. It will provide new strategies and tools to uncover your health in one area that is rarely talked about — clutter and hoarding; including effective coping skills like meditation and exercise.