For the first luncheon of 2020, the Howell Foundation hosted three experts in the field of women’s health research. The presentation “Top Ten Stories in Women’s Health” walked us through the top research impacting women’s health, determined research needs for the betterment of women’s health, explored how to integrate the latest research findings into the diagnosis and treatment of women, and presented an overall update on the pressing issues that affect women in our community. The topics covered in the presentation included:

The health of pregnant women and external exposures: the need for specific data for the next decade and beyond 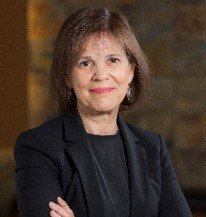 Dr. Christina Chambers, Professor of Pediatrics and Co-Director of the Center for Better Beginnings at UC San Diego, is focused on the implications of external factors on women of reproductive age. Her research focuses on studying pre-natal and postnatal ‘environmental’ exposures, including the safety of medications and vaccines, the effects of alcohol and drug consumption during pregnancy, and the health consequences of such exposures in newborns and their childhood. In her view, bringing awareness to the need for specific research addressing health effects and outcomes from external factors will mark a substantial trend during the next decade.

According to Dr. Chambers, the challenge researchers are facing when determining how toxic exposures affect the health of pre and post-natal infants –especially for women who may be left out of trials because of their pregnancy — includes:

“We want to know what is harmful and what is not, because women are like every other human being walking on the earth, wanting to do the best they can for their babies. For that, they need to know what’s appropriate to be exposed to during pregnancy” comments Chambers.

The need for information for a healthy pregnancy.

Around 80% of pregnant women suffer mild to severe nausea, to the point where hyperemesis gravidarum (severe nausea, vomiting and dehydration) becomes a significant health complication. Although new drug development can mitigate nausea and vomiting, recent research of the use of Ondansetron, for example, suggests that there might be an increase in the risk of birth defects when prescribed during the first trimester of pregnancy. In a paper published last year in Pennsylvania, 11% of infants (out of 33,000 women studied that took Ondansetron) were born with a ventricular septal defect.

Dr. Chambers has also seen an increase in the use of marijuana as the ‘natural way’ to mitigate the symptoms of nausea, vomiting and anxiety during pregnancy. In a self-reporting study, Kaiser Permanente in Northern California found that as 2016, 7% of pregnant women were using cannabis, and of those, 20% under the age of 25. Even though the majority — 70% — perceived little or no risk, research that would clearly indicate the long term effects of cannabis in child development is just not there; of specific concern, the immediate and long term neurological effects for the newborn throughout his or her life.

“The fact of the matter is that safety data is limited. The use of cannabis is an issue that’s not been well studied over the decades. The data we reference is mostly from older studies, where the potency of marijuana and the biomarkers of exposure were minimally measured and documented.”

The effects of the use of opioids during pregnancy is another example of data that needs to be systematized – and is, in the words of Dr. Chambers, “mind boggling.” Statistics show that about a third of women of child bearing age filled a prescription of an opioid in the year. And yet women have very limited information on the effects of exposure to prescription opioids in future pregnancies or while pregnant, and importantly, the outcome for newborns.

Emerging epidemics are included among the factors that influence the health of the newborn and well into childhood and adulthood. As a consequence of the Zika virus epidemic, multiple countries mobilized rather quickly and implemented activities that today provide birth defect monitoring resources. Another example is influenza, where pregnant women fare far worse if pregnant.

Developing a systemic manner in how we manage the side effects for pregnant women and newborns is a trend that will grow exponentially. Medications and vaccines are marketed based on research findings from the general population, but continue to exclude women during pregnancy.

In 2016, the 21st Century Cures Act established a task force, Pregnant Women and Lactating Women — PRGLAC — tasked with identifying research gaps in safe and effective therapies for pregnant and lactating women. For Dr. Chambers, it’s about making sure the clinician can identify the best alternative for pregnancy, what solutions are there to mitigate illness in pregnant women without affecting the child, and documenting instances to build a stronger database where researchers and doctors can comfortably diagnose and treat pregnant women in our community.

The journey of a woman into mid-life: a trend getting hotter by the day.

“Menopause is the only universally experienced phenomena that you will see in reproductively competent women worldwide. So every single woman who went through puberty and has been menstruating at least at some point in her life will experience it.”

Cynthia Stuenkel, MD, introduced current research looking to mitigate the symptoms of menopause. She is Clinical Professor of Medicine at UC San Diego and Founding Member and Past President of the North American Menopause Society.

The Study of Women across the Nation –or SWAN—is a study that has followed women from their pre-menopausal, normal-natural-menstrual-cycle years all the way up to menopause; some of them for over 20 years now. The study continues to provide important information:

“I think it’s quite exciting! The science is exciting. The idea of a whole new mechanism for treatment is exciting. Clearly we’ll need new, longer, larger clinical trials. But I think it would certainly be terrific if we had another offering for women.”

Calcium is not only for the bones: Breast arterial calcification and expanding the diagnosis reach of cardiovascular disease

“This is one of the most incredible stories that have evolved: breast arterial calcium might be a game-changer in cardiovascular health,” comments Dr. Stuenkel.

Typically women get a mammogram a year starting at 40 — and probably for the rest of their lives — to detect early cancer or pre-cancerous conditions. A group of scientists compared women’s breast calcium score to their heart calcium score, one of the tools used to measure the risk for coronary disease. About half of the 40 to 60-year old women had coronary calcium, which is a higher number than expected for that age group.  Furthermore, two-thirds of women in their 60’s who had breast calcium, had calcium in their hearts. Researchers then started comparing other tools to assess coronary disease risk scores, and noticed that utilizing breast artery calcium measurements was actually better than other predictive tools used to asses cardiovascular risks!

“The presence of breast artery calcium suggests that cardiovascular risk would be even higher than predicted on some of the risk scores, which don’t always work that well for women. This means that we can finally recommend to women and counsel them that if they can control their risks, they can avoid both breast cancer and heart disease at the same time.”

Want to live longer? Do this!

It can never be overstated: regularly exercising, maintaining a healthy weight, watching blood sugar levels, keeping cholesterol in check, and giving up unhealthy habits will lead to a long, healthy life. A favorable lifestyle may lower the risk of dementia, even in people with a genetic predisposition.

Dr. Stuenkel referenced research that continues to confirm the effects of healthy lifestyle habits, and the numbers are compelling: an increase of life expectancy of up to 14 years, a reduction of overall mortality rate to up to 74%, a reduction in the risk of cancer mortality by 65% and a reduction of up to 82% in cardiovascular mortality rates. “Those are real numbers with a real message.”

The five stories that are changing the paradigm of women’s health. 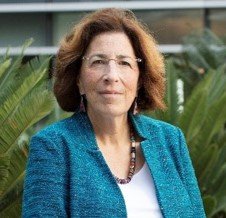 To conclude the event on the major, top ten research projects that are impacting the history of women’s health, Andrea LaCroix, Ph.D. centered her presentation on the five that caught her attention as game-changers. She is Distinguished Professor and Chief of Epidemiology, and Director of the Women’s Health Center of Excellence at UC San Diego.

The conclusion showed that supplementation had no significant effects on cardiovascular disease outcomes, except for three of the supplements analyzed:

The effects of the rest of the supplements had no effect or showed no evidence of benefit or harm. A summary of the study can be found here.

The majority of women have had a urinary tract infection (UTI) throughout their life. The general opinion is that this is not very important and easily cured with antibiotics. New research shows that UTI’s are a dangerous condition, especially for women of an older age.

In continuous studies at the University of Washington, for example, results are showing an increase in women with Fluoroquinolone-resistant E-coli, which doesn’t respond to antibiotic treatment very well. Furthermore, 43% of them had asymptomatic urinary tract infections, making the detection and treatment — or lack thereof — extremely difficult.

Dr. LaCroix cited current research that shows that deferred or no antibiotic use was associated with a higher risk of septicemia, to the tune of 8 times the risk of having an infection in the blood. It also doubled the risk of hospitalization compared to patients who were treated immediately. If left untreated, a urinary tract infection in the older adult can increase the risk of death.

Forced sexual initiation is too common, and affects health throughout life

“I must bring it to your attention because it’s absolutely critical in our community, and around the world, that we tackle it.”

Sadly, current research efforts show that women who had a coerced or abusive first sexual experience tend to have health reproductive difficulties later in life. This includes an increased risk of pelvic inflammatory disease, endometriosis, problems with ovulation and menstruation, increased probability of illicit drug use, self-described fair or poor health status and difficulty completing tasks outside the home as an indicator of poor mental functioning.

Citing one of the authors, Linda Hawks, Dr. LaCroix emphasized the importance of including research results addressing sexual violence in the diagnosis and treatment of teens and women: “The study by Hawks pushes us to post new questions about the risk and influence of early verbal and emotional sexual coercion as well as other traumatic experiences that overlap with involuntary sexual initiation. Physicians should incorporate trauma informed measures into their practice.”

Dr. Lacroix ended her part of the presentation by confirming what physicians have been stating for so long: physical activity impressively reduces the risk of cardiovascular disease.

“The least movement is of importance to all nature. The entire ocean is affected by a pebble. Everything we’ve learned about women’s health can lead us to an improved health status for women. There is so much room for improvement in women’s health, and we look forward to working with you to make sure our generation and the next generation continue to have an impact on our health.”